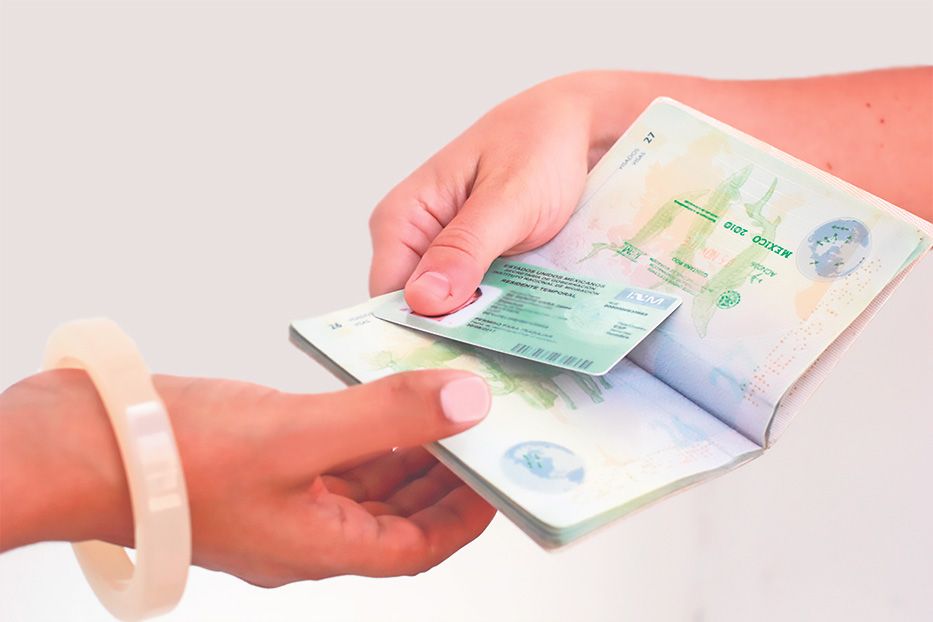 Mexico has a complete legal policy on immigration, which is primarily regulated by the Migration Act and the General Population Act, among other laws, affecting both Mexicans and foreigners.

In this newsletter, we will focus on explaining the different methods by which foreigners wishing to visit, either for tourism, business, retirement, work, study, or for those seeking permanent residency in Mexico or Mexican citizenship

Firstly, we look into the classifications of a foreigner in Mexico:

a. Non-immigrant: this is a person who, with the permission from the Ministry of the Interior, enters a country temporarily either as a: (i) tourist; (ii) trans-migrant; (iii) visitor; (iv) religious minister; (v) political asylum; (vi) refugee; (vii) student; (viii) correspondent.

b. Immigrant: this is a person who is legally in the country with the purpose of settling there, and will become a migrant: (i) an annuitant; (ii) an investor; (iii) a professional; (iv) a person in a trustworthy work position; (v) a scientist; (vi) a technician; (vii) family members; (viii) an artist and athlete; (ix) a freelancer .

c. Migrant: this is a person who acquires the rights of permanent residency in the country.

The type of permit (visa) assigned and granted by the Ministry of the Interior depends on the reasons for which the foreigner seeks to enter and remain in the country, which include the following:

a. Visitor Visa WITHOUT permission to participate in income generating activities. It allows the foreigner to remain in the country for no more than 180 days consecutive days from the date of admission. This visa is automatically granted to tourists entering the country;

b. Visitor Visa WITH permission to participate in income generating activities. This authorizes the foreigner to remain in the country for no more than 180 days consecutive days from the date of admission.

d. Temporary Resident Visa. This authorizes the foreigner to remain in the country for a period not exceeding four years. The applicant is entitled to carry out specific activities either for profit or nonprofit, depending on the classification of the visa. The foreigner must also prove that they have sufficient funds to stay in the country and/or have a steady income.

e. Temporary Resident Student Visa. This authorizes the foreigner to remain in the country for the duration of the academic course they have attested they will be completing in an educational institution that is within the national education system.

f. Permanent resident visa. This authorizes the foreigner to remain indefinitely in the country. This visa will be granted when the applicant fulfills any of the following circumstances: (i) political asylum; (ii) the right to preserve the family unit; (iii) pensioners who receive a pension from a foreign government and which allows them to live in the country; (iv) four years have passed since the foreigner has had a temporary resident visa (two years if they are legally married to a Mexican spouse or the spouse has permanent residency); (v) when the foreigner’s children were born in Mexico and were nationalized at birth; (vi) for being the lineal descendant to the second degree of a Mexican by birth; and (vii) by decision of the National Migration Institute.

Visitors, except those who are in the country for humanitarian reasons and who have links with a Mexican or a foreigner with permanent residency in Mexico, will not be able to change the conditions of their stay and will have to leave the country once they have completed their full period of authorized residency.

Temporary and permanent residents have a period of thirty calendar days from the date of admission into the national territory in which to negotiate with the Institute for the corresponding residency card, which will then remain in effect for the designated time period of stay. With this card, the regular migration status in the national territory will be authorized while it is in effect.

Additionally, the foreigner will have certain obligations, such as: (i) register with the National Register of Foreigners; (ii) notify the National Migration Institute any changes in their immigration status (such as marital status, nationality, home address, place of work) within 90 days of any such change.

You can apply for your visa in person or hire a representative for advice who can apply on your behalf and do all the paperwork.

what we are best at

What information do we collect?

We collect information from you when you register on our site or place an order. When ordering or registering on our site, as appropriate, you may be asked to enter your: name, e-mail address or mailing address.

What do we use your information for?

Any of the information we collect from you may be used in one of the following ways: To personalize your experience (your information helps us to better respond to your individual needs) To improve our website (we continually strive to improve our website offerings based on the information and feedback we receive from you) To improve customer service (your information helps us to more effectively respond to your customer service requests and support needs) To process transactions Your information, whether public or private, will not be sold, exchanged, transferred, or given to any other company for any reason whatsoever, without your consent, other than for the express purpose of delivering the purchased product or service requested. To administer a contest, promotion, survey or other site feature To send periodic emails The email address you provide for order processing, will only be used to send you information and updates pertaining to your order.

How do we protect your information?

We implement a variety of security measures to maintain the safety of your personal information when you place an order or enter, submit, or access your personal information. We offer the use of a secure server. All supplied sensitive/credit information is transmitted via Secure Socket Layer (SSL) technology and then encrypted into our Payment gateway providers database only to be accessible by those authorized with special access rights to such systems, and are required to?keep the information confidential. After a transaction, your private information (credit cards, social security numbers, financials, etc.) will not be kept on file for more than 60 days.

Yes (Cookies are small files that a site or its service provider transfers to your computers hard drive through your Web browser (if you allow) that enables the sites or service providers systems to recognize your browser and capture and remember certain information We use cookies to help us remember and process the items in your shopping cart, understand and save your preferences for future visits, keep track of advertisements and compile aggregate data about site traffic and site interaction so that we can offer better site experiences and tools in the future. We may contract with third-party service providers to assist us in better understanding our site visitors. These service providers are not permitted to use the information collected on our behalf except to help us conduct and improve our business. If you prefer, you can choose to have your computer warn you each time a cookie is being sent, or you can choose to turn off all cookies via your browser settings. Like most websites, if you turn your cookies off, some of our services may not function properly. However, you can still place orders by contacting customer service. Google Analytics We use Google Analytics on our sites for anonymous reporting of site usage and for advertising on the site. If you would like to opt-out of Google Analytics monitoring your behaviour on our sites please use this link (https://tools.google.com/dlpage/gaoptout/)

Do we disclose any information to outside parties?

We do not sell, trade, or otherwise transfer to outside parties your personally identifiable information. This does not include trusted third parties who assist us in operating our website, conducting our business, or servicing you, so long as those parties agree to keep this information confidential. We may also release your information when we believe release is appropriate to comply with the law, enforce our site policies, or protect ours or others rights, property, or safety. However, non-personally identifiable visitor information may be provided to other parties for marketing, advertising, or other uses.

We are in compliance with the requirements of COPPA (Childrens Online Privacy Protection Act), we do not collect any information from anyone under 13 years of age. Our website, products and services are all directed to people who are at least 13 years old or older.

We offer a ‘My details’ page (also known as Dashboard), where you can update your personal information at any time, and change your marketing preferences. You can get to this page from most pages on the site – simply click on the ‘My details’ link at the top of the screen when you are signed in.